Lion Lodge has had some notable members over the years 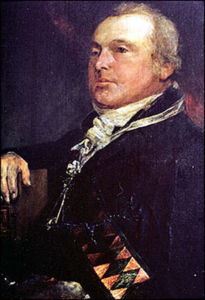 At a meeting on the 15th of December 1801 Captain Robert Moorsom was proposed as Master for the ensuing year, there is no subsequent minutes of his Installation, presumably he was installed on the Festival of St John as he is recorded Master in the minutes of the Lodge meeting held on the 19th of January 1802. In 1777 at the age of 16 or 17 he became midshipman on the 64 gun HMS Ardent captained by Constantine John Phipps, the son of Baron Mulgrave of Mulgrave Castle. 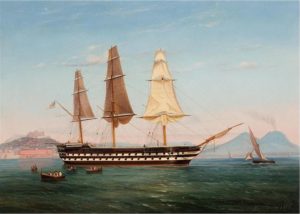 In the second minute book (formally the record book of Britannia Lodge) it is recorded on September 1805 “W.Bro Morrson’s health drank with the utmost honour of Masonry for the active and brave part in the action with Lord Nelson”.

Captain Moorsom accepted command of the Revenge in April 1805 and was in action in the Battle of Trafalgar on the 21st of October 1805 when during the action 25 of the crew were killed and 51 wounded. 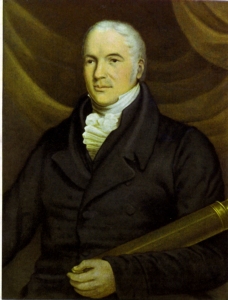 Another of our illustrious members, a founder member and former member of Britannia Lodge is Captain William Scorsby (1760 – 1829). 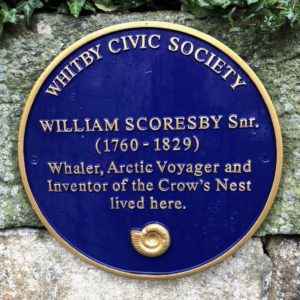 Scorsby was Whitby’s most successful whaling Captain and inventor of the crow’s nest, a meticulous scientist of his time. Beyond their home port of Whitby, the lives of the Scoresbys, both father and son, rate very little mention.

Capt. William Scoresby, was born near Cropton in 1760 and died in 1829. During his life he was a renowned whaling captain and navigator in the Arctic Regions. 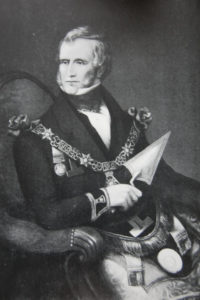 The Whitby Gazette in its issue dated 20/8/1859 reported: “The Consecration of the Masonic Hall. This interesting event took place on Tuesday the 16th inst. at 2 o’clock in the afternoon. The building , stone fronted and in slight projection from the adjoining houses which are of brick, has its lower portion in three semi-circular arches on Tuscan pillars, plate glazed and adapted for shops. The upper storey for the Hall, is in the Byzantine style, of which Norman appears a modification. Both sides of the gable are bordered by an arcaded cornice on brackets and the apex surmounted by a sphere in stone”.

The annual meeting of Provincial Grand Lodge was held in the Lion Lodge Whitby on Wednesday 8th of September 1858. Present was the Rt Hon The Earl of Zetland M W Grand Master.

A procession was formed in Baxtergate with upwards of 300 brethren appeared in full Masonic clothing.

The procession marched up Brunswick Street and Skinner Street. Business of all kind was entirely suspended – the shops were closed – flags and banners were displayed in every direction and streets presented an animated appearance, immense numbers of people having arrived by rail and steam boat from neighbouring towns.